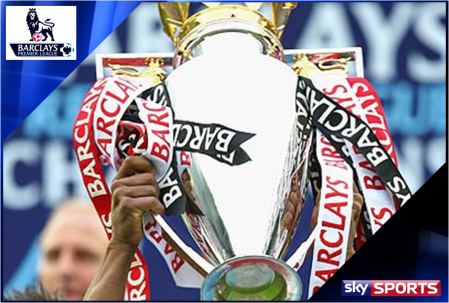 Sky Sports will continue to screen extended highlights of all non-live Barclays Premier League games for at least the next three seasons after securing a new rights deal.

The three-year agreement means that Sky Sports will show delayed coverage of all 226 Premier League matches that are not shown live on TV by either BSkyB or new rights holders BT.

This new deal for the long-form linear broadcast rights complements Sky Sports’ exclusive coverage of more than 115 live games per season from 2013/14.

From August, Sky Sports will continue to screen Football First: Game of the Day, 90-minute replay of its chosen Saturday 3pm match, which will be broadcast in full from 8pm.

This will be followed by the popular Match Choice service, where viewers can choose to watch 45-minute highlights from all Saturday 3pm fixtures, available via Sky’s interactive red button service at 10pm.

All the goals and talking points from all Premier League matches will also be shown throughout the week across Sky Sports programming, including Goals on Sunday and Soccer Saturday, and on Sky Sports News HD.

Barney Francis, managing director of Sky Sports, said: “This is fantastic news for Sky Sports viewers who will continue to enjoy unrivalled coverage of the Barclays Premier League on TV and wherever they are with Sky Go.

“We’ll give fans the first chance to see extended highlights of all the matches every Saturday, as well as the key moments throughout the week.

“Add these rights to our 116 live matches from next season, which include Monday Night Football and Super Sunday double-headers, and Sky Sports truly remains the home of the Barclays Premier League.”

He added: “This is the latest in a series of rights agreements that has seen us secure an unrivalled offering of sports across the UK and Ireland.

“These rights make available delayed long-form coverage of all Barclays Premier League matches not broadcast live and are an important part of our overall rights offering.

“Sky Sports has, for several seasons, used them to great effect with the successful ‘Football First’ programme that will continue to make available the best Barclays Premier League action to fans across the country.”

Free-to-air Premier League highlights will continue to be shown on the BBC until at least 2016.

In addition to the Sky Sports deal, News International, which owns 39% of BSkyB, has secured a deal to show Premier League football highlights on mobile and internet versions of the Sun, Times and Sunday Times, in a deal thought to be worth £20m.

Under the deal, News International titles will be able to present up to eight 30-second clips of key moments during live matches via mobile devices, except for games played on Saturday at 3pm, which will be allowed to be shown from 5.15pm that day.

Clips of up to 60 seconds from each game will also be available from Monday mornings for a week after matchday via the newspapers’ respective digital platforms.

This entry was posted on Wednesday, January 23rd, 2013 at 18:21 and is filed under Football. You can follow any responses to this entry through the RSS 2.0 feed. You can leave a response, or trackback from your own site.