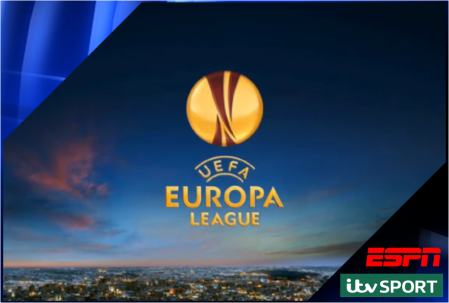 Some familiar names from the world of European football adorn the 2012/13 UEFA Europa League season, and ITV and ESPN will be following the competition every step of the way to the final in May at the Amsterdam ArenA.

The knockout phase of this season’s competition continues with the second legs from the Round of 16 stage with a place in the quarter-finals at stake for three English clubs.

ITV has live coverage of Tottenham’s away clash against Inter Milan, with the north Londoners holding a comfortable 3-0 aggregate lead, plus Chelsea’s home tie with Romanian side Steaua Bucharest as the Blues look to overturn a 1-0 deficit.

Newcastle United’s home clash with Anzhi Mackhachkala will be shown exclusively live on ESPN with both sides level after a 0-0 draw in Russia last week.

Details of how to follow all the latest live UEFA Europa League last 16 games below:

Tottenham Hotspur begin the return leg of their clash with Italian giants Inter Milan with a healthy 3-0 advantage from the first leg after a stunning performance last week at White Hart Lane.

Spurs last travelled to face Inter in the 2010/11 season when they met in the group stage of the Champions League.

Although they lost that match 4-3, it will mostly be remembered for Gareth Bale’s second-half hat-trick, which almost rescued a point after they had been reduced to 10 men.

The Swiss side begin their encounter at the Petrovsky Stadium with a 2-0 aggregate lead.

Chelsea must overturn a 1-0 deficit to Romanian side Steaua Bucharest at Stamford Bridge if they are to remain in this season’s Europa League.

The Blues still have high hopes of winning in Europe for the second season running, but their chances of reaching the quarter-finals were not helped by a poor performance in Romania that led to a 1-0 defeat.

Interim manager Rafael Benitez will expect better on home soil, but the visitors are riding high in their domestic league and know an away goal would leave Chelsea needing to score three times.

A resilient goaless draw in Russia leaves Newcastle United as the favourites to emerge from their Europa League last-16 tie against Anzhi Makhachkala.

Alan Pardew’s side secured a goalless draw in the first leg, placing the Magpies in the driving seat as they attempt to progress to the quarter-finals of the competition.

The home side will enter the match full of confidence having won three of their last five matches in all competitions, a run of form that has moved them into 13th in the Premier League table and clear of relegation trouble.

Anzhi, however, have won just one of their last five in all competitions, with their latest league defeat leaving them five points behind leaders CSKA Moscow.

Ray Stubbs presents live coverage on ESPN from 7.30pm with analysis from Rob Lee and Dietmar Hamaan, while match commentary is provided by .

There is no live online streaming of ESPN’s live games, but users can read the latest reports and follow all the action via live text commentaries at ESPN.co.uk.

Keep up to date with all the latest UEFA Europa League reports, goal flashes and results by following ITV Football on Twitter (@itvfootball) and ESPN’s feed (@ESPNUK).

This entry was posted on Sunday, March 3rd, 2013 at 23:57 and is filed under Football. You can follow any responses to this entry through the RSS 2.0 feed. You can leave a response, or trackback from your own site.