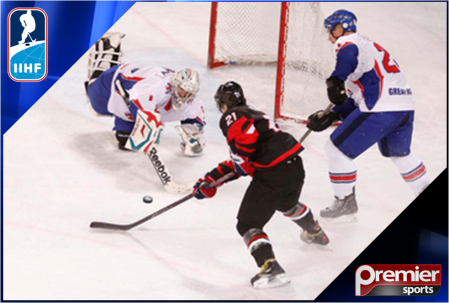 The IIHF Ice Hockey World Championship will be broadcast live on UK television for the first time in its history after Premier Sports agreed a deal to cover the 2013 tournament.

The subscription channel, which operates on the Sky platform, will show 20 games of the 2013 World Championships taking place in both Stockholm and Helsinki from May 3-19.

In addition, Premier Sports has acquired the rights to show all of Great Britain’s games in the second-tier IIHF Ice Hockey World Championship Division I Group A, which will be played in Budapest between April 14 and 21.

Team GB’s games against Hungary, Kazakhstan, Italy, Japan and South Korea will be broadcast live and in full.

With the addition of the IIHF Ice Hockey World Championship rights, Premier Sports continues to expand its Ice Hockey portfolio, which currently includes the NHL, with one of the most popular sports in Europe and the biggest annual winter sport event worldwide.

The channel is available in over 10 million homes via Sky satellite subscription in the UK and Ireland.

This entry was posted on Tuesday, April 2nd, 2013 at 22:47 and is filed under Winter Sports. You can follow any responses to this entry through the RSS 2.0 feed. You can leave a response, or trackback from your own site.