The 2013 London Marathon is set to feature the greatest elite men’s field in marathon history, including nine men who’ve run the distance quicker than two hours six minutes, five of the 10 fastest men of all-time, and three of the five quickest ever to have completed the London Marathon course.

Among them are the world record holder Patrick Makau and the defending London champion Wilson Kipsang, who is also the Olympic bronze medallist and holds the second fastest time in history.

Close behind is Geoffrey Mutai, the current World Marathon Majors champion and fourth fastest man ever, plus the ninth and tenth quickest men of all time – Tsegaye Kebede, the 2012 Chicago champion, and Emmanuel Mutai, the London course record holder.

The race also features the London 2012 Olympic champion, Stephen Kiprotich, who is returning to the city where he made his name eight months ago.

In addition, Britain’s double Olympic champion Mo Farah will get his first taste of an elite marathon when he runs the first half of the course as a fact-finding mission ahead of his full marathon debut next year.

In the women’s race, Ethiopia’s Tiki Gelana defends the title she won last year but faces tough opposition from the likes of Kenyan world champion Edna Kiplagat and compatriot Priscah Jeptoo, who won silver at the London Olympics.

The build-up to the 2013 London Marathon has been overshadowed by the horrific events earlier in the week at the Boston Marathon, one of the world’s oldest races.

Following meetings with the Metropolitan police and security experts, the London organisers confirmed the race would go ahead as planned in defiance of the bombers who struck in Boston.

The start time of the elite men’s and mass London Marathon races have been moved back this year by 15 minutes, from 9.45am to 10.00am.

This is to accommodate a new set of races for Paralympic athletes which will start at 9.23am, while the elite women and elite wheelchair race start times are unchanged at 9.00am and 9.20am respectively.

Organisers have announced that there will be a period of silence lasting 30 seconds prior to the start of the elite men’s race and mass start in order to pay respects to those who were affected by the tragic events that unfolded in Boston on the Monday prior to the event.

As a show of solidarity, the London Marathon organisers are encouraging runners to wear a black ribbon at Sunday’s race.

An estimated 500,000 spectators will line the streets to watch Sunday’s competitors run the course from Blackheath, in the south-east of the capital, to the Mall in central London.

London Marathon chief executive Nick Bitel said: “The support we have been offered by our stakeholders, London Boroughs and the wider running community has been outstanding.

“We have the full support of the Metropolitan Police, the Mayor’s office and other authorities.

“We want to reassure our runners, spectators, volunteers and everyone connected with the event, that we are doing everything to ensure their safety and that the Virgin London Marathon 2013 is an outstanding success.”

Whilst those taking part will be mindful of those affected by the events in Boston, the day for the majority of runners though will be about setting personal bests or simply completing the gruelling 26.2 mile course for their charities, all of whom will benefit from one of the great events in the British sporting calendar.

Full details of how to follow the 2013 London Marathon on the BBC and British Eurosport below: 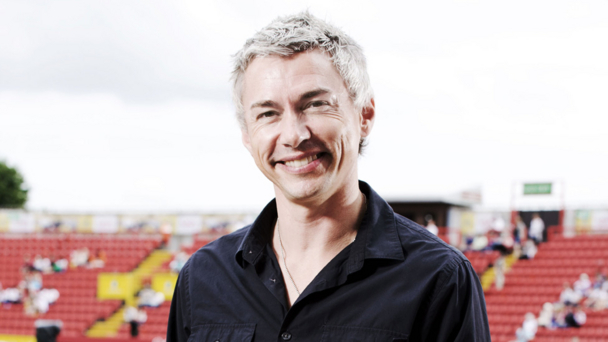 BBC Sport will tell the complete story of the 33rd Virgin London Marathon across all platforms.

The five-and-a-half hour live broadcast on BBC One and BBC One HD will feature all the athletic heroism and stories of human endeavour that makes it such a unique event on the sporting calendar.

Race commentary will again be provided by the experienced trio of Steve Cram, Paul Dickenson and Brendan Foster.

They will be joined by six-time London Marathon wheelchair race winner Baroness Tanni Grey Thompson, plus marathon world record holder Paula Radcliffe who joins the team for this year’s race.

Roving reports and interviews from various key points on the course will come from Colin Jackson, Denise Lewis, Phil Jones, Sonali Shah and Katherine Merry, who will all capture some of the runner’s personal stories and the unique atmosphere of the event.

As well as BBC One’s live coverage, there will be additional live action behind the Red Button and online via the BBC Sport website, enabling viewers to choose between viewing the men’s and women’s elite races.

From 12.10pm, viewers can watch the finish line feed which has four different camera views of the London Marathon finish on The Mall.

Further coverage of the race finish featuring the mass runners will be shown in Marathon Extra on the BBC Red Button from 2.00pm, which follows the conclusion of BBC One’s transmission.

Viewers can interact with the BBC’s live coverage by sending in their special messages for the runners taking part in the event via text, e-mail and Twitter (#BBCMarathon), where a selection of them will scroll across the screen at various times during the live coverage.

There will also be live text commentary of the event plus accompanying video streams online via the BBC Sport website.

A one-hour highlights programme encapsulating all of the day’s key events will be shown in the evening on BBC Two, presented by Sonali Shah.

All of BBC TV’s London Marathon coverage will be available to watch on the BBC iPlayer for up to seven days after transmission.

BBC Radio 5 Live will also have extensive coverage of the 2013 London Marathon.

John Inverdale will present the station’s live coverage from 8.30am to 12noon, alongside on-course reporters Helen Skelton, George Riley and Sonja McLaughlin, who will provide interviews from various points along with route.

Listeners can also leave their good luck messages for runners, a selection of which will be played out on air during the live show.

The pan-European channels coverage will focus on the elite races with commentary from Martin Gillingham and David Goldstrom.

This entry was posted on Tuesday, April 16th, 2013 at 21:31 and is filed under Athletics. You can follow any responses to this entry through the RSS 2.0 feed. You can leave a response, or trackback from your own site.