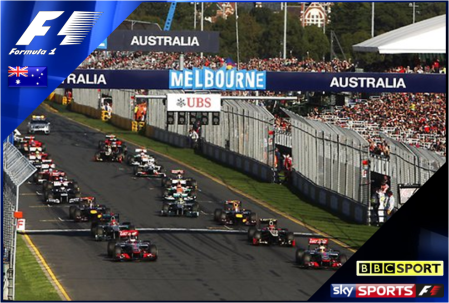 After months of preparation and hundreds of miles in pre-season testing, the 2013 Formula 1 season begins in earnest this weekend (March 15-17) when the teams and drivers descend on Melbourne’s Albert Park circuit for the Australian Grand Prix.

It is set to be a thrilling year for the sport as the likes of Fernando Alonso, Jenson Button and Lewis Hamilton looks to break the stranglehold Red Bull’s Sebastian Vettel has had on the world title for the last three seasons.

Sky Sports F1 will show every second of the action from qualifying and the race, as well as all three practice sessions, exclusively live, while BBC TV will have extended highlights of the weekend’s action with the BBC F1 team led for the first by new presenter Suzi Perry.