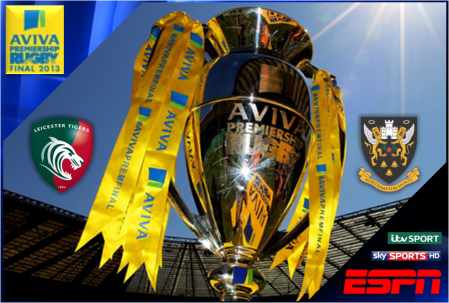 After nine months of compelling drama just two sides remain in the hunt to be crowned champions of England in the 2013 Aviva Premiership Final at Twickenham.

Leicester Tigers, finalists in each of the last nine years, take on Northampton Saints who will be making their debut in English rugby union’s showpiece occasion.

ESPN will broadcast its last Aviva Premiership Final exclusively live from Twickenham on Saturday, May 25, with extended highlights on ITV and Sky Sports.

END_OF_DOCUMENT_TOKEN_TO_BE_REPLACED 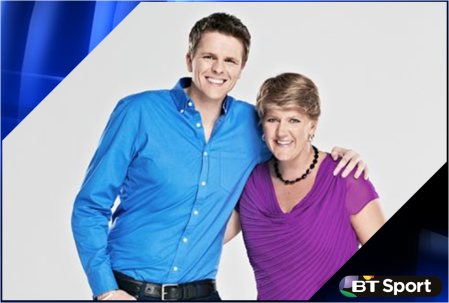 BT Sport has revealed its full line-up of presenters, analysts, commentators and reporters ahead the network’s launch this summer.

Among the BT team are some big name signings from the worlds of football, rugby union and tennis, plus brief details of two new regular sports magazine shows presented by Clare Balding and Tim Lovejoy.

Alongside a raft of major announcements made at BT Sport’s new headquarters on the Olympic Park, the channel’s advertising campaign hits television screens which reveasl the exciting and accessible personality of its new channels.

END_OF_DOCUMENT_TOKEN_TO_BE_REPLACED

The climax to a compelling Aviva Premiership Rugby season takes place at Twickenham on Saturday 28th May as Harlequins and Leicester compete to be crowned 2011-12 champions.

ESPN will be the only place for fans to watch the drama unfold as it broadcasts exclusive live coverage of the finale to the English club rugby season.