As British football’s most successful manager steps down after 26 years in charge at Manchester United, BBC Sport pays tribute to Sir Alex Ferguson in a Football Focus special.

Football Focus presenter Dan Walker introduces ‘Fergie Time’, a special tribute programme tonight (May 8) on BBC One at 10.35pm that will look back at Ferguson’s extraordinary managerial career with the red devils, where the 71-year-old amassed a sensational 38 trophies during his lengthy spell in charge.

END_OF_DOCUMENT_TOKEN_TO_BE_REPLACED

LONDON 2012: Olympic Games on the BBC

The countdown to the London 2012 Olympic Games is almost over as the world’s biggest sporting event arrives in the UK, and the BBC will be there to ensure that viewers will never miss a moment of this once-in-a-lifetime event.

After more than seven years in the making, London’s proud moment has finally arrived as the city welcomes more than 17,000 athletes and millions of spectators from across the UK and around the world for the greatest sporting show on earth.

The BBC will be out in force across all 17 days of Olympic competition, providing its most comprehensive and ambitious Olympic Games coverage ever.

END_OF_DOCUMENT_TOKEN_TO_BE_REPLACED 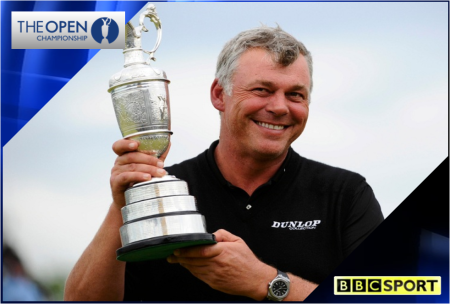 The Open Championship returns to Royal Lytham & St Annes for the 141st edition of golf’s most coveted Major championship.

You can follow all the drama and excitement of the 2012 installment as it unfolds with all four days of the tournament exclusively live on BBC TV, HD, radio, red button, mobile and online (July 19-22).