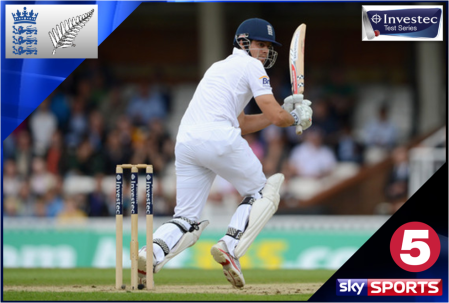 England get a mouth-watering summer of cricket underway in May as they welcome New Zealand for two tests, three ODIs and two T20 internationals.

While the contest has unfairly been touted by some as a mere warm-up for the upcoming back-to-back Ashes series with Australia, a harder-than-expected tour to the Black Caps’ homeland in March has added spice to New Zealand’s visit.

Every twist and turn of the series will be broadcast live and in high-definition on Sky Sports HD, while Channel 5 will screen prime-time free-to-air highlights of all the action throughout the summer.

END_OF_DOCUMENT_TOKEN_TO_BE_REPLACED

Another sensational day of Paralympic sport is lined up for your viewing pleasure on day four of the London Games, with plenty of British gold medal prospects in action throughout.

But the blockbuster moment could well come at 9.15pm when Oscar Pistorius goes for his first gold of these Games in the T44 200m.