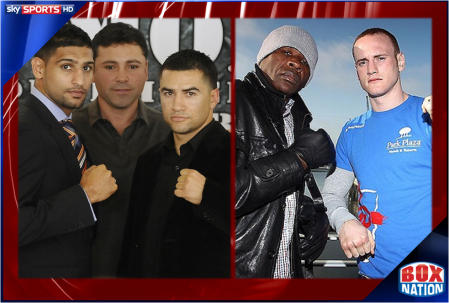 It’s an important night in the fighting career of Amir Khan as he looks to restore his reputation with victory over Carlos Molina, a fight which will be broadcast exclusively live on Sky Sports.

Five months on from his shock defeat to Danny Garcia, the British light-welterweight steps into the ring against his unbeaten American opponent in Los Angeles this Saturday night (December 15) for a fight he has openly admitted will make or break his career.

Also on the night, George Groves defends his Commonwealth super-middleweight title against the veteran Glen Johnson as part of a bumper fight night at London’s ExCeL arena which also features Billy Joe Saunders and five title fights in total – all live on subscription channel BoxNation.