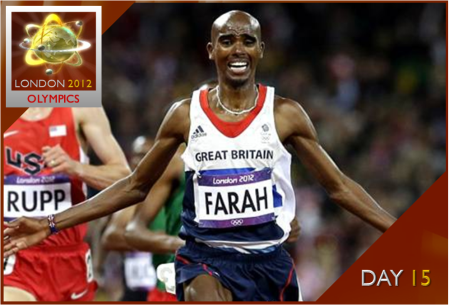 A week on from Great Britain’s golden hour on ‘Super Saturday’, Mo Farah returns to the scene of his greatest triumph in a bid to become a double Olympic champion.

He has already played his part in one of the greatest nights in British sporting history and he goes for a second Olympic gold medal in the 5,000m final at 7.30pm.

Great Britain also have strong medal hopes in the diving pool and in the boxing ring.

END_OF_DOCUMENT_TOKEN_TO_BE_REPLACED

Is day 14 of the London 2012 Olympic Games redemption day for Britain’s BMX rider Shanaze Reade, four years after her disaster in Bejing?

Reade crashed out of the 2008 Olympic final, which she started as the hot favourite. A world champion since then, she now takes to her home course on the Olympic Park looking to make up for that lost time.