Sky Sports, ESPN and BBC Alba have announced the live Clydesdale Bank Scottish Premier League games that will be shown during the final month of the season.

All three broadcasters will bring the 2012/13 season curtain down with live coverage of key ‘post-split’ matches, including the Edinburgh derby and 12 other games.

With Celtic extremely close to securing their second successive SPL title, as well as UEFA European qualification places for next season very much on the agenda, every match has something to offer.

END_OF_DOCUMENT_TOKEN_TO_BE_REPLACED

Sky Sports and ESPN have announced seven Clydesdale Bank Scottish Premier League games to be shown live in early March and the beginning of April.

Seven games from Scotland’s top flight will be broadcast between both broadcasters during this period, plus ESPN has live coverage of four Rangers games from the Irn Bru Scottish Third League.

Headlining its next set of matches are the Edinburgh, Dundee and Tayside derbies.

END_OF_DOCUMENT_TOKEN_TO_BE_REPLACED 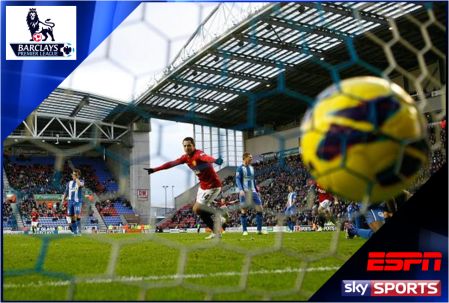 Sky Sports and ESPN have confirmed its latest batch of live Barclays Premier League games for the month of March featuring some key clashes in the race for the title.

A dozen live games will be broadcast on Sky Sports, the stand-out highlight being the north London derby between Tottenham Hotspur and Arsenal on March 3, while ESPN will screen three fixtures exclusively live, including Reading’s trip to Manchester United on March 16.

END_OF_DOCUMENT_TOKEN_TO_BE_REPLACED

ESPN and Sky Sports have announced the latest set of live Aviva Premiership matches that will be broadcast during February and March.

Covering rounds 14 to 17 of the 2012/13 regular season, 12 live games will be shown across both networks as the race for the semi-final play-offs amongst the top sides in the league table intensifies.

For the first time in the history of English Premiership rugby a match will be played on an artificial surface, with Saracens hosting Exeter Chiefs at their new home of Allianz Park in Barnet on February 16, exclusively live on Sky Sports.