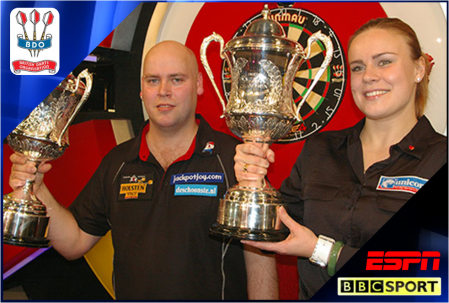 BBC Sport and ESPN will have comprehensive coverage of the 2013 BDO Lakeside World Professional Darts Championships from January 5-13.

Dutchman Christian Kist and Russia’s Anastasia Dobromyslova return to the famous Lakeside Country Club in Surrey to defend their titles against the best players from the BDO circuit.

For the second year running, both the BBC and ESPN will share live coverage of the nine-day tournament, culminating with the men’s final exclusively live on BBC Two on January 13.

END_OF_DOCUMENT_TOKEN_TO_BE_REPLACED

BBC Sport and ESPN have reached an agreement with the British Darts Organisation (BDO) to share coverage of the 2013 Lakeside World Professional Darts Championships.

END_OF_DOCUMENT_TOKEN_TO_BE_REPLACED 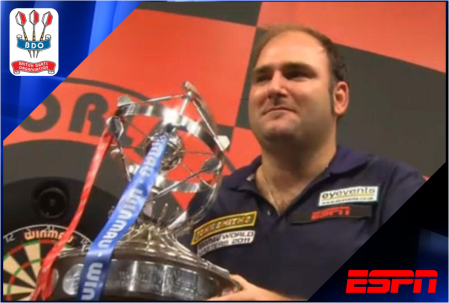 ESPN will broadcast live coverage of the BDO Winmau World Masters for a second consecutive year.

The tournament will take place between October 10-14 at Hull’s City Hall, with ESPN broadcasting exclusively live coverage of key sessions over the final three days.