Nathan Cleverly finally gets his chance to stage another defence of his WBO World Light-Heavyweight title against his mandatory opponent Robin Krasniqi, exclusively live on BoxNation.

The time has come for the WBO title holder to finally stake his claim as the world’s leading light-heavyweight headlines Frank Warren’s bumper ‘Rule Britannia’ promotion at London’s Wembley Arena.

The whole card, which also features the comeback of Dereck Chisora, as well as Paul Butler plus Liam Walsh against Scott Harrison will be shown live on BoxNation from 7.00pm on Saturday, April 20.

END_OF_DOCUMENT_TOKEN_TO_BE_REPLACED 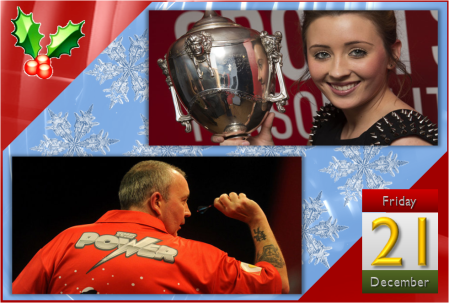 Sport On The Box’s Christmas Watch series returns for the festive period of 2012 as we guide you through all the must-see live sporting events each day, plus highlighting the best review shows and documentaries as this sensational sporting year draws to a close.

The pick of the live action on Friday sees a double session of live darts as the second round of the 2013 PDC World Championship begins at Alexandra Palace, featuring 15-time world champion Phil Taylor’s against young Dutchman Jerry Hendriks.

Elsewhere the stars of Welsh sport gather to look back on superb 12 months of achievement and accolades in BBC Wales’ Sports Review of the Year.