TV: Clare Balding to front her own sports chat show on BT Sport 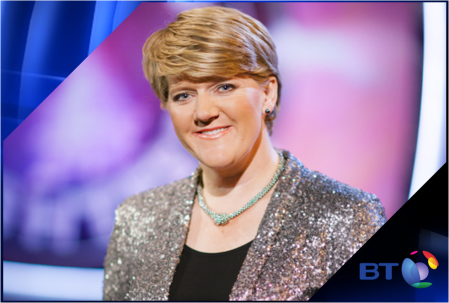 Award-winning sports broadcaster Clare Balding has signed up to present a unique programme for BT Sport.

The presenter, who was highly praised for her work fronting the BBC London 2012 Olympics and Channel 4’s Paralympics coverage, will present and co-produce a weekly sports magazine show that will feature interviews with major sporting names and discussion of big sporting issues.

It will also shine a spotlight on women’s sport, giving the next generation the chance to fully embrace a variety of sports and sporting stars.