Sport On The Box’s Christmas Watch series returns for the festive period of 2012 as we guide you through all the must-see live sporting events each day, plus highlighting the best review shows and documentaries as this sensational sporting year draws to a close.

It’s a busy day of football as the final round of fixtures before Christmas take place across the country. There will be the usual thrills and spills from the Premier League, including two televised matches on Saturday, plus live action from the npower Championship, Spain’s La Liga and Italy’s Serie A.

Elsewhere, the glorious setting of London’s Olympia has been the scene of the 40th staging of the annual International Horse Show, with a fine array of Christmas jumpers from across the glove set to excite the vast crowds for the feature FEI World Cup show jumping qualifier, live on BBC One.

END_OF_DOCUMENT_TOKEN_TO_BE_REPLACED

The BBC and British Eurosport will be providing extensive coverage of the London International Horse Show as it celebrates the 40th anniversary since its reintroduction at Olympia.

Billed as the world’s top equestrian Christmas party, the show will welcome more than 80,000 fans to witness a mix of world-class dressage and show jumping, plus a variety of festive entertainment and special equestrian displays.

This year’s event marks the 40th year since this prestigious event was reintroduced by the late Raymond Brooks-Ward, the BBC’s distinguished former voice of equestrian sport, to Olympia in the 1970s.

END_OF_DOCUMENT_TOKEN_TO_BE_REPLACED 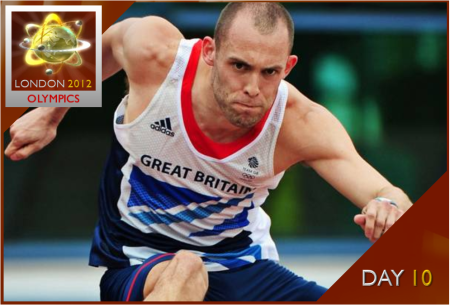 Following an outstanding weekend for British athletes across a variety of Olympic disciplines, the action continues into the second week with more gold medal prospects for the host nation.