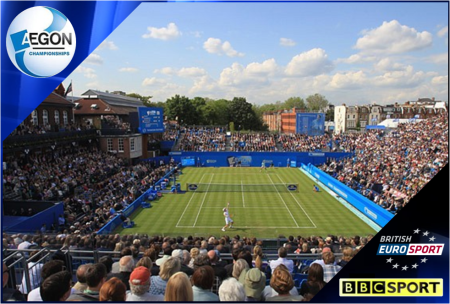 Four of the world’s top eight players line up for the 2013 AEGON Championships with a star-studded supporting cast competing for the famous title at Queen’s Club.

Marking the start of the grass-court season, this prestigious tournament acts as the premier warm-up event ahead of Wimbledon, which is just two weeks away.

Some of the biggest names in men’s tennis, including Britain’s Andy Murray, will be out in force during the week-long event and you can watch the tournament unfold live on BBC TV and British Eurosport.

END_OF_DOCUMENT_TOKEN_TO_BE_REPLACED

England will find out who they will face in the group stages at next summer’s UEFA European Women’s Championship when the draw for the 2013 tournament is made in Gothenburg on Friday.

Twelve teams have booked their place at the 2013 finals, including hosts Sweden, holders Germany and France, who have all been placed as the top seeds for draw.

You can watch full coverage of the draw as it unfolds inside the Svenska Mässan Exhibition and Congress Centre in Gothenburg on British Eurosport from 5.30pm, with updates on BBC Radio 5 live and the BBC Sport website, plus live streaming on the UEFA website.