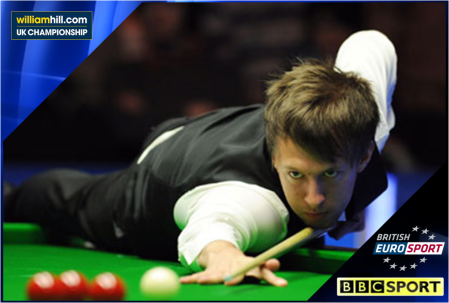 World snooker’s finest are in York to contest the 2012 WilliamHill.com UK Championship and you can follow all the action with BBC Sport and British Eurosport.

The tournament is the second biggest ranking event on the calendar after the World Championship and is one of snooker’s Triple Crown events.

Last year, Judd Trump (above) claimed the UK title, his second ranking event of his career, after taking seven frames in a row on the way to beating Mark Allen 10-8, in a gripping match in which he eventually had to hold off a strong comeback from his opponent.